Is it eggplant or Aubergine? In reality it is one and the same. The only difference between the two, is that the word aubergine is used by the Europeans while eggplant is used by people living in the United States. The name eggplant comes from the smaller varieties that are white and shaped like an egg…

The plant originates from Asia and it were the Arabs who brought it to Spanish Andalusia. Botanically it’s a fruit and member of the berry family but culinary spoken, it is a vegetable.

You might only be familiar with the purple variety, but they come also in white and green.  The aubergine consists of 95% of water and 50% of the volume is air!

The seeds contain nicotine which gives it the bitter flavour, but don’t worry, you would need to consume 10 kg to get as much nicotine as in one cigarette. It is an extremely healthy vegetable loaded with vitamin B and C and lots of fibre. It also contains a fair amount of nasunin, which is a powerful antioxidant and perfect brainfood.

If aubergines could talk, they would inform you to marry them with olive oil before cooking. This is exactly what we will do in this easy to make eggplant dish. Also called baba ghanoush, this dish is best served as a refreshing dip for aperitif or warm to go with grilled meat. 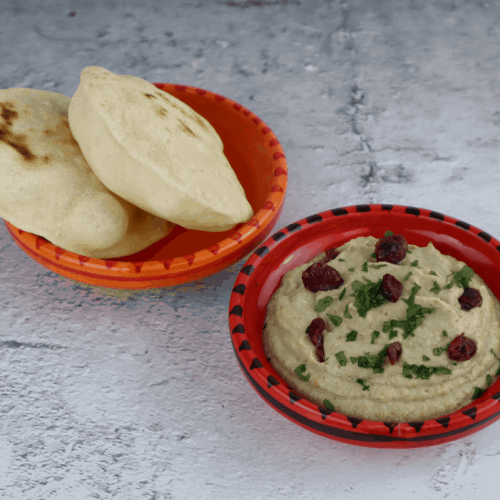