It cannot be denied that over the past few years, veganism has increased in popularity!  With the use of plant based ‘meats,’ a vegan diet no longer means abstaining from enjoying popular dishes.

V2 is an Australian company who have produced plant-based ‘meat’ which looks and cooks like minced meat. We decided to buy some to try a few recipes to compare quality, taste and texture.

We were happily surprised to see that the ‘meat’ looked like minced meat and making a patty was not a problem as it is moist enough to hold its shape, even during cooking. The only downside for us was the amount of oil it released. The taste was enjoyable and to be honest, our 150 gr burger with the garnish and toppings was very filling. There are discussions about how healthy vegan meat is and it is said to limit these products to only once or twice a week.

We added some homemade toppings such as coleslaw salad as well as our own vegan mayonnaise and really enjoyed our first full vegan burger! 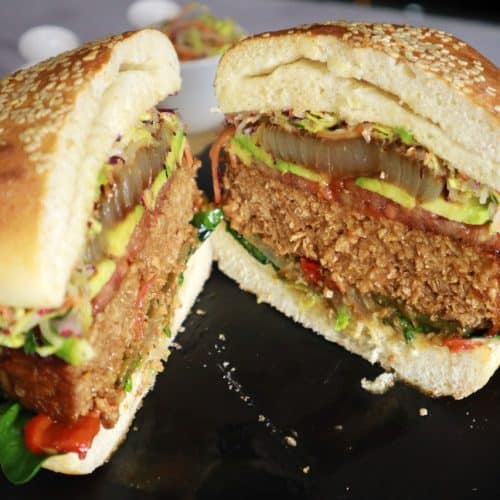