You asked for salads so we will deliver. This crunchy salad with creamy Chabichou goat cheese can be eaten as a starter but I have personally classified it as a main course so I get to enjoy it more often!

Chabichou du Poitou is a traditional soft, unpasteurized, natural-rind French goat cheese. The small cone shape is characteristic, and the cheese has a thin, wrinkled and white-grey rind.

It usually matures for 10-14 days before it’s ready to be sold, but there is also a more mature version available which takes 5-6 weeks to develop a stronger taste.

The texture of a young Chabichou is very creamy and runny when ready to consume. The more mature version becomes drier and crumbly on the inside during the maturation process.

Its taste is sweet, salty and tangy, similar to lemon zest when this goat cheese is young. It has a more spicy and nutty taste when well-matured.

The legend of Chabichou goes back to the time of the defeat of the Arabs in the area, with domestication of the goat in this area in the 8th century, after the Battle of Poitiers. Many of them left the area but some settled there with their families and, in particular, their goat herds. The cheese was then named cheblis (“goat”, in Arabic), which would become “Chabichou” thereafter.

Chabichou is a good choice for a cheese platter and is often eaten just as a spread on crunchy French bread. It is often paired with dry fruits and honey and even herbs. Light white wines accompany the young cheese very well, but the more mature cheese pairs particularly well with another local speciality, Pineau de Charentes. 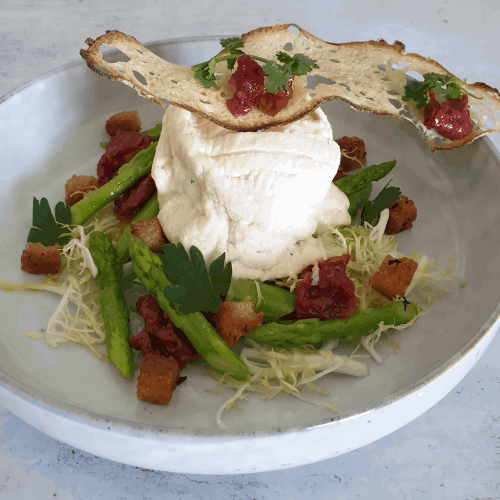